“Tom cannot  f—ing throw the ball and catch the ball at the same time! I can’t believe they dropped the ball so many times!” – Gisele

I wonder what Tom Brady was thinking when his wife Gisele Bundchen, a Brazilian supermodel, decided to spurt that out after her husband’s Patriots lost in Super Bowl 46 to the Giants 21-17.  Educated guesses are: “God, I wish she’d shut her trap.” or “I f—ing know, honey.”

Brady before he met Gisele

First Gisele strips Brady of his Super Bowl powers (3-0 before they met, 0-2 after), then she opens up her mouth blasting his teammates.  This kind of behavior from a wife would go relatively unnoticed if she was an unknown dime-piece.

Seriously, it’s time for star athletes to realize that dating a celebrity just isn’t worth it.  It’s way too much baggage on their shoulders on top of the enormous pressure to excel in sports.

Tom Brady was known as the fairy-tale, a 6th round draft pick that somehow won three Super Bowls.  Life couldn’t get any better for the Michigan product.

Now, Tom has to answer questions about what his supermodel wife is telling the media after a Super Bowl loss.  Instead of being the man/celebrity of the house, he’s most likely sneaking back off to Brazil to escape from the “oh so uncultured” United States to grow a ponytail.  C’mon man…you had it all. 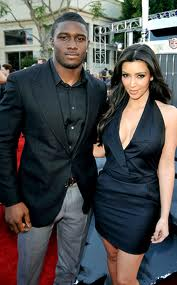 Running back Reggie Bush won the 2005 Heisman Trophy at USC before he met Kardashian.  Bush was the next Barry Sanders/Joe Namath hybrid when New Orleans drafted him #2 overall.

Instead, he balanced an NFL career while trying to keep Miss Kardashian happy.  Turned out real well didn’t it? Luckily for Reggie the couple broke up in 2010.  Following a trade to the Miami Dolphins, he recorded his first 1000-yard rushing season with the Dolphins.

Wow, how confused is Yankees first baseman Alex Rodriguez? Not only did A-Rod experiment with steroids to tarnish his baseball career, he damaged his personal life by dating celebrities such as Kate Hudson.  These two split in 2009, however A-Roid didn’t stop there.  He also dated the senior citizen Madonna and the 7-foot tall Cameron Diaz.  Damn bro…

In conclusion, there’s nothing wrong with taking advantage of one’s superior athletic skills in the dating world.  Simply going out with flawless women who adore you simply because of fame is part of the package. But, going that extra mile to date an already established female celebrity just isn’t worth it.  Stick to dating the Daily Grind Babes.  Just ask this guy.