Now that Peyton Manning has signed with Denver, watch out for a ruling on Rams DC Gregg Williams.

“Bounty-gate” is upon us. I’m fired up. Perhaps the investigation is ongoing…but I think the delay is because they don’t want to overshadow Peyton’s news coverage. Spread the wealth. No need to waste big news on just one day. 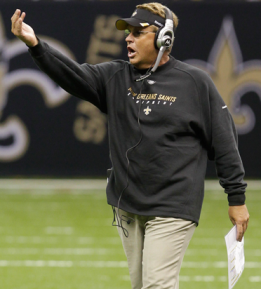 As is the looming suspension. This will be a total PR stunt for commissioner Roger Goodell. Lifetime suspension? Not likely. But even 8 games is baloney. We’re talking about football, the game that prides itself on big hits and collisions and the NFL is going to determine exactly WHAT in watching tape of Williams’ defenses? Now the hit on Kurt Warner is dirty. Now the hit on Favre is intent to kill. Now Williams caused Manning’s neck injury.

Just stop it. I can’t wait until the name of the cat who ratted comes out. Probably some PO’d guy who never made it. I am not advocating a bounty system, but I realize this stuff happens all the time. Just ask Troy Aikman. It’s not new.

Regardless of any suspension, the idea that the Rams should fire Williams is ludicrous. Another PR cookie. Why the hell would Fisher fire his best friend and comrade? If you think Fisher cares about public perception, well look at the cornerback he just gave $50 mil. He doesn’t. Williams has racked up 7 top ten defenses on his resume, including a Super Bowl win over some guy named Peyton. His presence is attractive to potential free agent signings.

Now more than ever, the NFL is facing an interesting point regarding the foundation of the sport. Do they want 60-point games? Do they want high-flying offenses scoring at will? Have they forgotten the roots of this game? Well, I forgot again…offense sells tickets, and the current NFL is all about money.

So Williams will be the poster child, the scapegoat for bounty gate, even though it won’t change anything.