When you lose a Puma, an Ace steps up.

The Cardinals are lacking an ace. 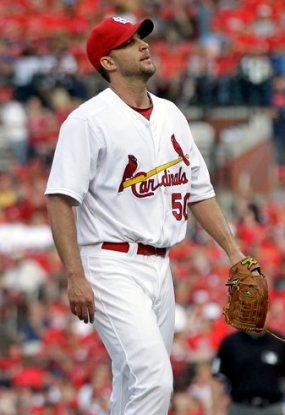 This is unfair, but Adam Wainwright is not performing. His 2-5 record with a 5.77 ERA was not expected, but isn’t alarming either. The command required to compete is a fine line. “Get me over” stuff doesn’t quite cut it. Luckily, Waino’s “get me over” stuff is better than many at 100%.

An ace is a tone setter. Clayton Kershaw flat-out stymied Cardinal bats Saturday, surrendering just 6 hits in a complete game shutout. The Cardinals need Wainwright to stop the bleeding. He is the only legitimate staff ace, and once he returns to form, the entire pitching staff will feed off his success. Pitching is contagious. Competition within a starting rotation is healthy. Especially for guys like Kyle Lohse and Jake Westbrook.

Another great thing about baseball is the time to recover, which is none. St. Louis is halfway through a stretch of 20 straight games. The next seven come against vulnerable teams. Philadelphia is last in the NL East, and San Diego sits 12.5 games out in the West. Winning teams beat up against bottom feeders. The Cardinals are only 9-8 at Busch Stadium, LA is 19-4 at Dodger Stadium…No excuse not winning in front of 40,000+.

The next 10 games can define the Cardinals. Are they resilient? Are they a .500 team at home?

They can end a difficult month of May with momentum into June, but they need somebody to step up and stop the bleeding. Waino, please, can you hear me? 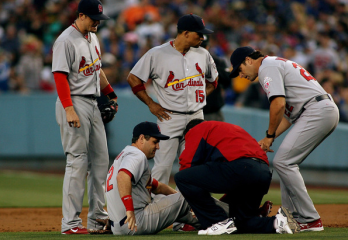