Major League Baseball held its First-Year Player Draft on Monday. With the likes of Mike Trout and Bryce Harper shining on the big stage, the draft is at least a blip on the map for the casual fan.

The problem getting all hyped up? Because the failure percentage is so high. For every Stephen Strasburg, you have countless coulda’, shoulda’, woulda’s. However, the Cardinals held 5 of the first 60 picks in the draft, and selected some intriguing talent. 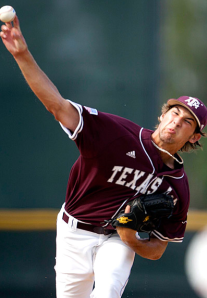 The last time the organization had a pair of first-round picks was in 2005, choosing Tyler Greene Colby Rasmus.

Wacha is a tall right-hander with a good fastball (92-94) and a chance to be a 4-pitch pitcher in the big leagues. All his off-speed needs work, but scouts believe he can develop a nice slider to compliment a change-up. I like his determination to throw strikes and his enthusiasm to play in St. Louis. Went 9-4 with a 2.29 last season. Recorded 123 K’s in 129 IP. He was the 8th pitcher taken in the draft. 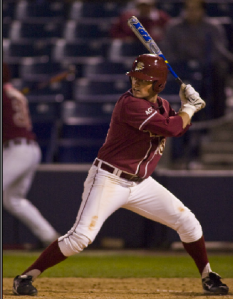 No joke, the Cardinals picked MLB’s Tim Tebow. Graduated Suma Kud Laude, very vocal about his faith, and a blue-collar “winner”. It’s like Bo Hart, Stubby Clapp, and Skip Schumaker in a blender. Realistically, Ramsey is a 4-year college ball player. Contact left-handed bat, good speed, and ultimately a clubhouse leader. His father Craig played for the 1980 Florida St. Seminole team, leading them to a College World Series. He was the first senior taken in the MLB draft. Over his four-year career, Ramsey  hit .340 with 34 home runs, 46 doubles, 15 triples and 199 RBI with 151 walks, 31 hit-by-pitches and 32 stolen bases. He has posted a career .976 fielding percentage with 11 assists and just 10 errors in 415 total chances.

Solid Bat. Can play 3B, 1B, corner outfield positions.

Big time power hitter with a down year in 2012. Solid glove for 3B, but his power dropped dramatically in his junior year.

Left handed hitting catcher with good hands behind the plate. Shows some skill offensively. Has an offer to attend University of Texas…but would he take a Cardinal offer?