As much as I’d like to write an OP-ED on the disastrous election, I’ll talk sports…starting with a potential upgrade at shortstop.

Per STLToday.com, the Cardinals may have interest in Asdrubal Cabrera, the current Cleveland Indians shortstop. Cabrera, 26, would provide a considerable upgrade at a position the Cardinals have struggled to find consistency. Rafael Furcal’s durability is a joke, and the 2-year contract GM John Mozeliak gave him last offseason looks regrettable. Pete Kozma was exposed despite a phenomenal late season run.

Cabrera’s contract runs through 2014 after inking a two-year, $16.5 million extension last February. Cabrera is a switch hitting offensive threat. He won the AL Silver Slugger award in 2011, and has consecutive All-Star appearances. A career .279 hitter with 59 homers, and 326 runs batted in. His defense is stellar. Absolutely, I’m on board.

Inevitably, Kyle Lohse will move on from St. Louis after five solid seasons. Lohse went 55-32 over that span, with 30 of those wins over the last two seasons. Lohse was hindered by a rare forearm injury during 2009 and 2010. When healthy, Lohse was as consistent as they come, and his presence will certainly be missed every fifth day.

Some absurd team will toss him a boat load of cash, and Lohse will become another successful example of Dave Duncan’s reclamation projects. While having Lohse around would be nice, it’s exciting the young guns (Kelly, Rosenthal, Lynn) will get the keys to the rotation.

The Cardinals need to find a left-handed reliever. Sam Freeman has promising stuff, but mild tendonitis in his left biceps has him shut him down with no timetable to return. Mark Rzepczynski was ineffective and struggled commanding his secondary pitches.

The train got derailed in Miami, where the team lost an aggravating football game despite 462 yards of total offense. Remember, the game Greg Zuerlein came back to earth? Yes, that set up 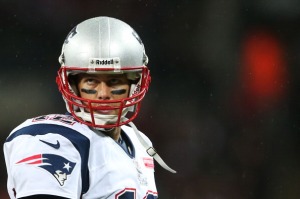 the current 3-game landslide that has incurred beatings from Aaron Rodgers and Tom Brady.

Thankfully the London baloney is behind them. The Rams organization should be embarrassed with Stan Kroenke’s plan to globalize such a pathetic product.

I’ll look more into the Week 10 match up at San Francisco tomorrow, but I know it hinges on a couple of things:
1. Sam Bradford has to improve. Year three for the former #1 overall pick, and its becoming evident that he’s not elite…and that’s a problem because when you’re picked #1, elite is expected.
2. The defense needs to get a damn turnover. They haven’t had one since Week 5 against Arizona (Rams are a -4 in the turnover department since).

During the three-game spill opposing quarterbacks have completed 74 percent on third down, and have a third-down passer rating of 140.9.

Yeah, I’m fired up. The election pissed me off, and now I have the subtle reminder that my income is, well, locked out. Drunk hockey fans should be relishing huge hits and sick goals. Instead we have Gary Bettman, lawyers, and terminology I’m not smart enough to comprehend.