Another Sunday (and Thursday) in the books, lets look at some of the games and emerging narratives as the post-season landscape moves closer into focus. The biggest factor this week was injuries, and they were devastating.

Texans 34 @ Lions 31
Does this game tell us more about the Texans’ resilience in pulling-out close games or the slippage of their defense?

Over their first 9 games the Texans defense held opposing offenses to an average of 13.9 points. Over the last two: an average of 34, an increase of about 20 points. The Texans have suffered some notable injuries, namely linebacker Brian Cushing, whose absence is definitely reflected. But, these two overtime games were played in the span of 4 days and the Texans were noticeably lackadaisical in their sloppy OT win in Detroit.

A win is a win. They most likely still finish with the AFC’s number 1 seed. 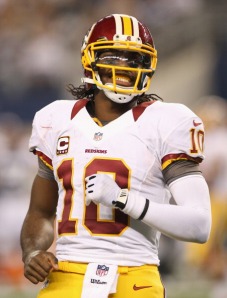 Redskins 38 @ Cowboys 31
No surprises here. RGIII was magnificent as expected and the Cowboys again failed to show up.

I’ve been jimmying around with ESPN’s Playoff Machine and the way I have it configured now, 9 wins will be enough for the number 6 seed in the NFC. If the Redskins can pull out 4 more wins, they win the tiebreaker against the hypothetically 9-7 Bucs. I think the ‘Skins can do this. Their remaining schedule reads Giants, Baltimore, @Cleveland, @Philly, and Dallas.

“I do not believe they will be bothered by the absence of Gronkowski. While he is tied for first in the League in passing touchdowns at 10 and Tom Brady’s security blanket, constant personnel changes are almost one of things that makes these Patriots great. All this means is a larger role for players like Edelman, their capable stable of backs, and a chance for Belichick to showcase some the weirder offensive wrinkles he’s been cooking up in case this sort of thing were to happen.”

Bears 28 vs. Vikings 10
Adrian Peterson did his usual thing rushing for 108 yards,  even though he didn’t score. Percy Harvin’s absence was notable as he is far and away Christian Ponder’s best option.

The Bears showed off their penchant for beating up on worse teams. I may be wrong, but I don’t think the Bears are good.

RB Matt Forte left with apparent right ankle injury, but nothing to worry about moving forward. Regardless, back-up Michael Bush is more than capable. Bush had 2 TD’s Sunday.

Falcons 24 @ Bucs 23
Impressive win for Atlanta, showing mettle in a hard-fought game against the sexy upstart Bucs. But, I don’t take much away from this one.

I think the biggest game of the year (to date) for the Falcons comes this Thursday when they host the Saints. I have been saying for a while the Falcons were “for real” but headed for a late season slump, and an early playoff exit at home to a lower seed.

If they win Thursday, they are legit. If they lose, they may end up seeing the Saints at home again in the first round.

This week is big, and it will retroactively define all the games leading up to it.

week 10, but they just keep on winning.

49ers 31 @ Saints 21
Drew Brees threw two “pick-6’s” and the Niners capitalized. Colin Kaepernick is good, but he has the team fired up and hungry, unlike Alex Smith.

The Saints need to win out if they want to see the post-season.

Giants 38 vs. Packers 10
We all knew it was coming, but I thought they played possum for one more week.