First place is on the line tonight when SLU takes on #15 Butler. Update on Shelby Miller, and some Charles Barkley Humor. 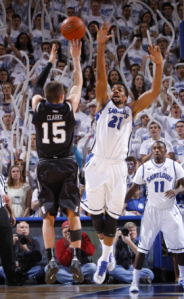 The Billikens have their biggest test of the season Friday when they travel to Hinkle Fieldhouse to take on #15 Butler. The Bulldogs are 13-1 at home this season, and coach Brad Stevens will surely have his team fired up after the Billikens won 75-58 at the Chaifetz Arena less than a month ago.

Butler relies on perimeter shooting. Senior guard Rotnei Clarke has attempted 204 three-point shots, knocking down 43% from beyond the arc.

SLU is 3-1 vs. ranked foes this season. The Bills have never won four games in one season against ranked opponents.

Saint Louis has won eight in a row, the longest active streak in the Atlantic 10 Conference.

Shelby Miller is expected throw a bullpen session today after Mike Matheny said he would take a few days off for shoulder tightness. 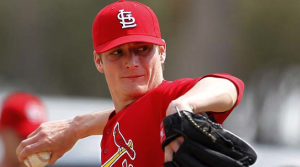 Anyone who’s practiced in late February knows the general soreness felt from the cool “spring” weather. Warming up takes longer; the arm muscles are still working to run on all cylinders. Practicing in the cold flat-out sucks.

While there is no reason to push the soreness, it is important to gradually work through it. Throwing is the only way a shoulder gets used to the early inflammation.

It’s good to hear he’s back. Lather on the Bio-Freeze, get proper treatment and work hard.