Day one of March Madness is in the books, and the so-called unpredictable tournament saw very few surprises.

Not much to add from Rapid Reaction, but watching Oregon dismantle Marcus Smart and the fifth-seed Oklahoma State Cowboys has me thinking SLU needs to bring another gear Saturday.

At the first TV timeout (15:41), SLU had two turnovers, a missed layup, and only four points. Granted, they held New Mexico State to two points on defense, but a slow start won’t work against the Ducks.

Eventually the Billikens turned it on thanks to Dwayne Evans, Cody Ellis, and Cory Remekun.

The Ducks are a motivated bunch. They didn’t like their 12th seed after finishing 27-8 in the Pac-12 including the tournament title last week.

Oregon’s backcourt stars freshmen Dominic Artis and Damyeon Dotson. Artis, who is finding his niche after suffering a foot injury in February, had 13 points and four steals Thursday. Dotson led all scorers with 17 points. The duo sets the table for Oregon’s frontcourt headed by seniors Carlos Emory (11.0 ppg) and E.J. Singler (11.6 ppg).

Both teams offer a balanced offensive attack with a knack for timely turnovers. If SLU can control the speed to set their defense and get secondary production, they will find themselves in the Sweet 16. 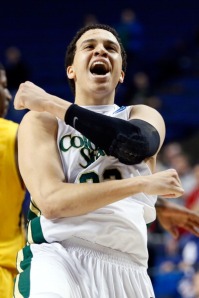 MU had no answer for Dorian Green’s 26 points.

Frankly, I have no idea why I let myself think  ‘oh, maybe they’ll get hot’. No, they won’t, and they didn’t.

They even teased us twice in the damn game.

The Tigers cut Colorado State’s lead to four to begin the 2nd half before the Rams went on a 17-4 run. Later down 17, Mizzou made a 10-1 run to cut the deficit to seven … but CSU answered with an 8-0 run of their own.

This is Missouri basketball. Phil “Flip” Pressey settles for deflating one-and-done shots after forcing a turnover and the Tigers never get rolling offensively.

My friend Chris Labarge threw this nugget my way:

Mizzou had a clear opening when Rams big man Colten Iverson had four fouls with eight minutes left in the game. In foul trouble all night, he played just 23 minutes. Yet, Missouri chose not to attack the paint but rather heave up wild three pointers. They went 7-for-23 beyond the arc. Smart gameplan? No. Keion Bell tells it like it is:

Iverson was a force. The Rams were a +24 in his 23 minutes. His 13 rebounds helped assault the Tigers 42-19 on the glass. Frank Haith is disappointed:

Mizzou plays less organized under Haith than they did under Mike Anderson … something that didn’t seem possible.

The Tigers scored 18 points off 14 Colorado St. turnovers, but defensively, Missouri couldn’t get a key stop. When an opponent scores 84 points, exactly how was it they could win the game? This is not the NBA.

This is nothing new. As Dennis Green once made famous, “they are who we thought they were! And we let ‘em off the damn hook!”

Missouri needs a face-lift; a new identity…and it might include a new head coach.

Of the 16 games Thursday, only four lower seeds advanced. Of those, Wichita St. was a nine-seed and the NCAA hosed Oregon as a 12. #14 Harvard was the biggest bracket buster taking down #3 New Mexico in Salt Lake City where tons of Lobos fans made the trek.

COMEBACK OF THE DAY

Belongs to Marquette, who trailed Davidson by seven with 1:49 to play. Watch the rest play out below.

Tomorrow sets up for another full slate of games. Can Illinois move on? Will IU survive? And as my buddy Patrick St. Cin says, “do you want to go to college or I-ONA college?” Watch out for those Gaels! 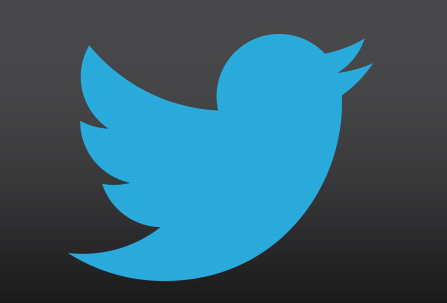