Despite not having a UFC title on the line, there is little doubt that this is an action-packed card and a can’t-miss event for combat sports fans. 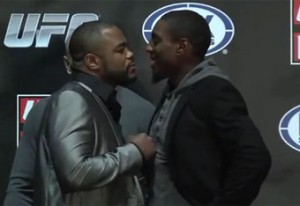 First let’s start with Evans and Davis. Although they are both very well accomplished wrestlers, the stand-up department is where they differ tremendously. It’ll be interesting to see how Davis’ stand-up skills have developed since his last fight, but it won’t be enough to match Evans’ precise and improved striking. Both of their wrestling abilities will cancel each other out and it’ll come down to who executes best on the feet. Rashad has been guaranteed the title shot against current champ Jon Jones while Davis has not.

My pick: Rashad Evans via Decision 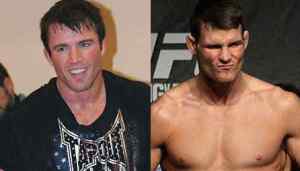 Now although the delusional Chael Sonnen claims to be Middleweight Champion, this is not the case. He was submitted by current champ Anderson Silva in the 5th round of that title fight and now fights England’s Michael Bisping for another shot at Silva.

So yes, this #1 contender bout is a big fight for both of these guys.

Chael will use his wrestling abilities to keep Bisping on the mat the entirety of the fight. Although Bisping has pretty good takedown defense, no one has been able to stop Sonnen from taking them down. Chael is vulnerable to getting submitted (as seen in the majority of the fights he has lost) but Bisping won’t submit him. He’ll try, but his ground skills aren’t good enough.

My pick: Chael Sonnen via Decision 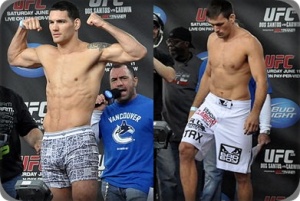 Final bout on the main card features young UFC prospect Chris Weidman against the seasoned Demian Maia. This will be Weidman’s toughest fight to date, but I think he’s ready. Weidman will use his wrestling to control Maia on the mat and will have to avoid being submitted. As we know from seeing Maia fight, he’s not going to knock you out; just gotta protect your limbs.

My pick: Chris Weidman via TKO Round 1

This should turn out to be a very exciting show which is FREE and Live on Fox!

One of the preliminary fights (Dustin Jacoby vs Chris Camozzi) will be streamed on Facebook and the rest of the fights will be live on FUEL TV!

My picks for the undercard include:

If you don’t have plans Saturday night, or even if you do, I’d recommend checking out the fights. This card is going to provide action and be an entertaining show to watch.

Thanks for checking out my weekly feature here at DailyGrindSports–The Greatest Site Ever.

To check out my own MMA website, make your way to http://themmainformant.com

See you next week,