Another day, another dollar. Bringing you quality betting info, trends, lines, and more for free.

The trade deadline is fast approaching and teams are still trying to decide if they are sellers or buyers.
Now is the time to bet some division/pennant winner futures for teams you think will add a superstar. Earlier in the season, I took two world series matchups that look somewhat possible right now.

Hopefully Matt Kemp can get Hanley’s head out of his ass. If the Dodgers get a focused Ramirez at shortstop, they could take back the NL. 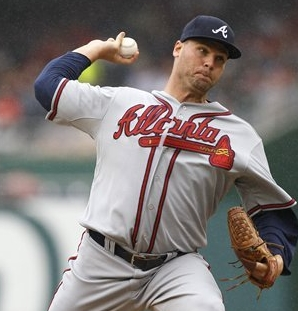 ATL Ben Sheets -102 vs PHI Cole Hamels -103
The Phillies have actually been .500 on the road and hot as of late, but that last series did not impress me. The Brewers blew 3 straight games when leading after the 8th inning, twice by 3+ runs. It’s hard to call that sustainable skill. The Braves have swept the season series and have won 8 of their last 9 games against teams under .500 overall, whereas the Phillies are just 2-7 against teams above .500. Ben Sheets has been great in his first two starts yielding no runs. Maybe Atlanta lets him go a bit longer in this game if they can. It’s hard to say what kind of Cole Hamel we will see. The 2nd highest paid pitcher takes the mound with a lot of weight of his shoulders, but a lot less motivation. If Atlanta wants a spot in the playoffs, they need to beat the cellar teams like Philly.

OAK Jarrod Parker +101 vs BAL Zach Britton -106
This should be an easy pick right? Vegas obviously knows something so I’m a little hesitant to take it, but with a team like Oakland playing their best baseball right now (16-3 in July), I’d be kicking myself if I laid off. Jarrod Parker has been one of the best surprises all year. He is a little shaky on the road, but I am okay with that against this weak Baltimore offense. Parker has his off days though. He has given up 6 ER three times and 4 ER once, but his other 12 starts have been 2 ER and under. The As have won 4 of their last 5 when Parker starts. Baltimore this year has been bad (7-12) against the AL West while Oakland is great (15-9) against the East. Britton has only pitched twice this year, one good start one bad start so I feel like he is a coin flip. I will take + money against a coin flip all day. 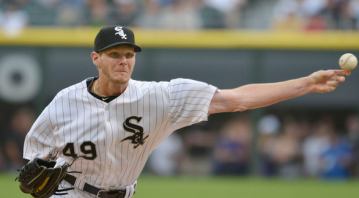 CWS Chris Sale +124 vs TEX Yu Darvish -129
Another name making a huge impact this year is Chris Sale. The guy is putting up Cy Young numbers out of nowhere. He has come back down to Earth, but still owns a 2-1 record posting a 2.82 ERA in July (his second worst month this year). He will rack up 6 or 7 Ks and maybe give up 2 walks. The Texas offense has got it done, leading the league in runs and batting average even with Josh Hamilton hitting .230 this month with 3 HRs and 8 RBI…..WOW! Yu Darvish has been way overrated in my opinion. Since April his ERA is over 5 and is 7-6 over that span. One thing that stood out to me is that Darvish has only recorded 1 no decision this year. He seems to control how the game turns out for the Rangers. The White Sox swept the Rangers earlier this month in Chicago with one of the games being that 19-2 Chris Sale victory. Texas is tough at their place, but the Central has becoming a toss-up and the White Sox need to step up here.

Will update throughout the day to give you the most up to date line moves and leans. Get Money.

Thanks for reading Grinders
Chach