Bottom of the 7th inning. 2-2 game. Lance Lynn is done after throwing 103 pitches through six solid innings. Bullpen time. Great, time for the combined 4.24 ERA to shut down the Rockies’ 8, 9, and 1 hitters.

Now the Cardinals made a move at the deadline acquiring Edward Mujica from Miami. Manager Mike Matheny had proclaimed Mujica would be “thrown right into the 7th inning mix”.

Instead, Cardinal fans got Fernando Salas. The same guy Matheny has repeatedly used in the 7th inning without much luck. After a leadoff infield single, Eric Young sacrificed DJ LeMahieu into scoring position. Now, here is the problem. Left-handers are hitting a cool .328 against Salas. Tyler Colvin is no chump. He’s hitting .360 against STL in 2012 with 9 RBI’s. Sure enough, Colvin slapped a ground rule double to deep left field, scoring LeMahieu. The snowball was just beginning. Jason Rutledge joined the party belting a 2-run homer. Suddenly, the Birds trailed 5-2 with 6 outs left. They lost 8-2.

The bullpen mishandling is alarming, especially considering the organization made a move to avoid these disasters.

Good news on Mizzou QB James Franklin’s shoulder. Gary Pinkel told Chris Low of ESPN, “If you just walked out here and didn’t know he had surgery, you wouldn’t think anything was up. You just marvel at him. It’s very, very encouraging to think where we were back in spring football when this whole thing went down.”

Without Franklin, the Tigers have no hope. I do wonder how the running game will adjust with RB Henry Josey missing the entire season. Will they put Franklin in a vulnerable position running the football? The shoulder gets tested September 8th against a feisty Georgia Bulldogs defense which returns 9 starters from 2011.

The Tigers went 5-1 to finish out a 8-5 season, and the last thing they need is a QB with a bum shoulder. 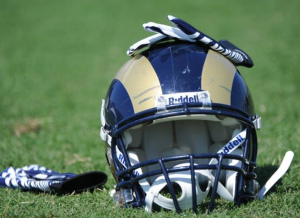 Speaking of QB’s, Sam Bradford looked solid slinging passes to a bevy of receivers yesterday at Rams Park. I’m no dummy, I realize everyone looks great in practice, but Sam The Ram looks poised to take the reins as a franchise QB.

Rookie RB Isaiah Pead is a shifty, change of pace type back that can really make a strong 1-2 combo with Steven Jackson. He’s quick to hit the hole, and offensive coordinator Brian Schottenheiemer has had the most success using 2 running backs.

Janoris Jenkins can be elite. Between he and Cortland Finnegan, the Rams secondary is much improved. Jenkins was a ball hawk yesterday, locking down defenders. Finnegan called him “game ready” and “one of those special guys”.

Several times the makeshift offensive line looked horrible yesterday. The offensive line is a legitimate concern. The Rams starting front four looked like men against boys in the first full-pad practice of 2012. Jeff Fisher talked about training camp for the men in the trenches.