With athletes losing intentionally and Twitter determining the outcomes of multiple competitors fate, the Olympics are trending towards being a punchline. But the Olympics are my go to telecast when I need to take a nap; unless Usain Bolt is sprinting or Michael Phelps is going for another record, zzz. 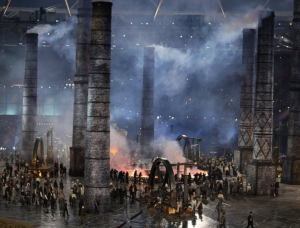 The opening ceremonies sucked. Insert British joke here. Did I see men working steam engines? Then the ultimate irony, Paul McCartney, a man who will be upstaged by no one, closed the ceremony that could be upstaged by all.

You thought that the people participating in the opening ceremonies were focused and honored. Actually they were outraged and bitter. The ceremonies from Beijing make the London ceremonies look like a kindergarten production. Here is the difference; people in Beijing were thrilled to actually be a part of something national, while Brits were astringent that they were not compensated properly for their hard work. Can you imagine? These people were genuinely angry to be a part of the Olympics.

These ‘athletes’ are covered once every four years. Do we really care? Or do we just pretend a couple of times a decade? The last thing I’m interested in is Kevin Barnett breaking down an equestrian event. Who? What? Exactly.

Their lack of exposure to national media and airtime shows when these ‘athletes’ are interviewed. They seem awestruck, confused, disoriented, as if being on camera for the first time. Remember Ricky Bobby in Talladega Nights, “I don’t know what to do with my hands”, yeah, kind of like that. They’re answering questions that they’re not at all prepared to answer from a zombie they’re shocked to see (Andrea Kramer). Thus their answers are spewed out in nervousness and fear. These ‘athletes’ are not charismatic or fluent at all when on camera, and it hurts to watch. 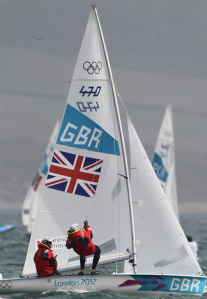 Not even the best athletes compete (soccer, soon to be hockey and basketball). When you have to ask ‘who’ more than ten times in a broadcast, it’s just annoying. Even a guy with bionic legs gets to run.

So we will call them athlete lights.

With well over five hundred events happening, you cannot reasonably interject that all of them make for good entertainment.  How did kayaking become an Olympic sport? Men’s field hockey? Sailing? One headline read “Rowing Action”.  Am I missing something? Floor gymnastics are laughable at times; eliminate the interpretive dance. “Ok guys! Time for synchronized swimming practice” said no one. Take any series of coordinated movement and call it an Olympic event; I nominate foreplay.

The Eagle Has Landed

The United States dominates every year. It’s nothing more than a showcase of American dominance.

Even East Germany (519) cracked the top ten.  The only reason why China has surged lately is because they make all the equipment. 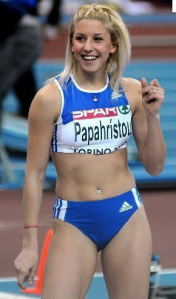 Two athletes have been banished from the games and one teenager has ended up in jail all due to what they ‘tweeted’. This just in, Twitter related suspensions and arrests have concurrently gone up 1000%. This is just ridiculous.

Because the Olympics are so bad I have to get blackout drunk while I watch; I found these rules effective:

This is guaranteed to black you out, and take care of the misery that is the London games.

*Not an actual game, please don’t try it, you might die.

2 responses to “The Dullympic Games”