Lacrosse is back in action this Spring. Whether you play or just enjoy, this preview will get you up to speed on the top powerhouses in the NCAA. Plus, a team that is ready to breakout. It’s the LAX preview.

Let’s quickly remember the year that was in 2011.

2012. Players across the country are gearing up for another exciting season of college lacrosse. The defending champion Virginia Cavaliers open the preseason #1 overall, but don’t expect them to stay there for too long. 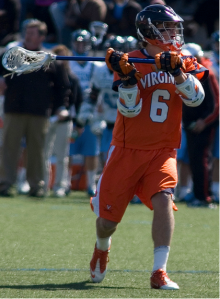 With four of the top seven teams in the nation coming from the ACC (#1 Virginia, #2 Duke, #6 UNC, and # 7 Maryland) it is safe to say this conference will have another big year, and possibly another ACC vs ACC National Championship game, just like 2011. Those four teams compiled an impressive 49-21 record with Virginia, Duke, and Maryland all appearing in the Final Four of the NCAA bracket.

Steele Stanwick is a senior attacker for Virginia who tore it up in 2011. In 17 games last season, Stanwick scored an impressive 32 goals with 38 assists, averaging 4.11 points per game, including a three game streak of 7 points (Mount Saint Mary’s -Stony Brook – VMI). Stanwick, enters his senior season just three days removed from being drafted 2nd overall by Ohio. 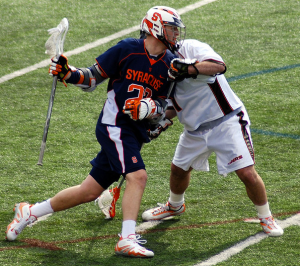 The Orange made some strong, aggressive moves this year but had to change their style of play. Head Coach John Desko has to be excited about the upcoming season. Syracuse returns two of its three leading scorers from last year’s 15-2 team. Junior JoJo Marasco tied for team-high scoring honors with 41 points (33g, 8a) in 2011. In addition, the Orange brings back senior Tommy Palasek, who finished with 17 goals and 18 assists a year ago. The Orange is stacked. 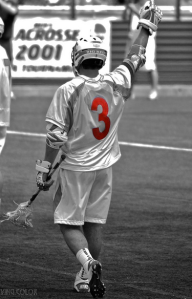 Cornell University is poised for a breakout season. After losing to Virginia in the quarter finals last year, the “Big Red” are ready for revenge. Cornell is currently ranked #4 in the nation, and has some big name players coming back. Rob Pannell, a senior attacker from Smithtown, New York is a beast. He finished last season with 42 goals, 47 assists, and was nominated for the Best Male College Athlete ESPY award.  Long Island drafted Pannell #1 overall in January’s pro draft.. His leadership and playmaking certainly gives Cornell a legitimate shot at a Championship.

One response to “College Lax Is Back, Bro.”